Julia Falcone (’20) is working to correct systematic discrepancies in the distance measurements for RR Lyrae stars which become apparent when comparing new measurements obtained from the Gaia satellite to old ones obtained through the use of the Basse-Wesselink method and distance modulus (w/ Morrison).

Steve Kerby (’19) is working on the connection between dark matter halos and their galaxy occupants.  He’s searching for new ways to predict the number of central and satellite galaxies in a dark matter halo, and also helping with a new investigation on assembly bias involving galaxy colors and halo concentrations (w/ Zehavi).

Darius Williams (’19) is modeling the non-axisymmetric rotation curve of the Milky Way. Axisymmetric approximations to galaxy rotation curves, such as double exponential profiles, have the benefit of being simple to analyze and compute with the cost of not fitting for perturbations due to features such as spiral arms. He is using observational data from the literature as well as python suites to build a realistic Milky Way model (w/ McGaugh). Darius is also implementing a version of ‘ubercal’ (Padmanabhan et al. 2008) for reducing stellar photometry in python (w/ Harding). 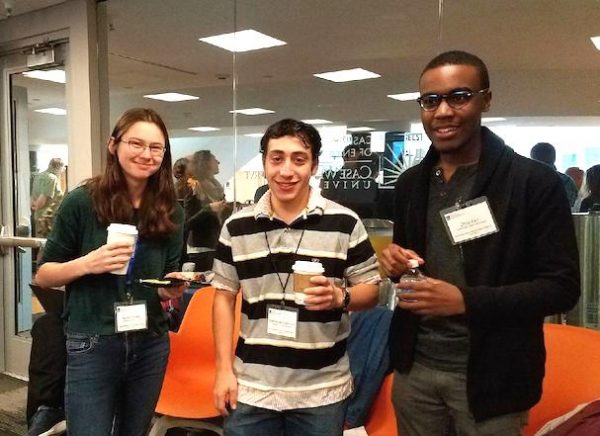 Kaelee Parker (’19) is exploring the connections between uniformity and diversity in the rotation curves of galaxies using the SPARC database. These data show striking regularities like the Tully-Fisher relation, but what has been called diversity when queried in other ways. She is working to tie together these apparently contradictory strands of evidence (w/ McGaugh).

Nathanial Starkman (’18) worked on the maximality of rotating galaxies – how much mass can be attributed to the stars without exceeding the limits placed by dynamical measurements. The maximality of galactic disks has long been debated, and is not even well defined. He is developing an algorithm to objectively quantify maximality (w/ McGaugh).

Elizabeth Tarantino (’16) has worked on the measuring and modeling the kinematics of hydrogen gas in dwarf galaxies, which is an excellent tracer of the dominant dark matter component of these faint galaxies.  As part of her work, she participated in the Green Bank summer school on radio astronomy run by the National Radio Astronomy Observatory. (w/ McGaugh, Lelli).

Christopher Baumann (’16) designed and created a new planterarium show on cosmology which was presented at the Cleveland Museum of Natural History’s Shafran Planetarium (w/ Zehavi and Planetarium Manager Jason Davis).

Sean Linden (’14) developed computer simulations of the interactions between the spiral galaxy M101 and its companion galaxies, studying the effects of encounters on the evolution of M101’s disk (w/ Mihos).

Wesley Peters (’14) did his capstone work on the effects of different measures of rotation velocity and stellar mass on the Tully-Fisher relation.  This empirical correlation is one of the strongest known in extragalactic astronomy; Wes’s work help to determine what measurements are best at minimizing the scatter. (w/McGaugh). Wes also conducted a feasibility study for using new SDSS-III data to investige the Fundamental Plane relation for early-type galaxies at a redshift of 0.5 (w/ Zehavi). 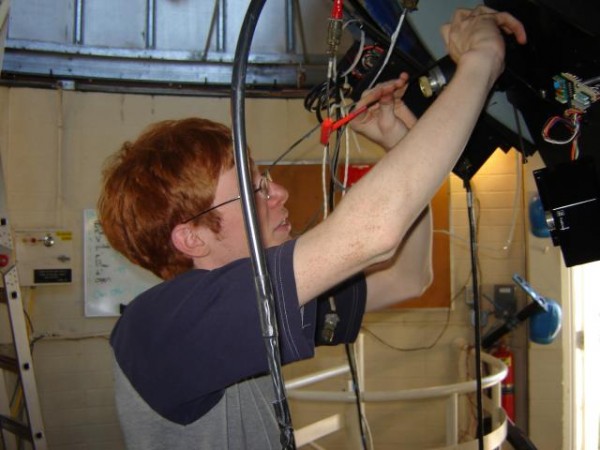 Steven Janowiecki (’08) has worked on studies of intracluster light in the Virgo cluster (w/ Mihos). He has also been studying morphological properties of galaxies in the SDSS (w/ Zehavi).

Lucy Frey (’08) used computer simulations to study the evolution of intracluster light (w/ Mihos). She also worked on the structure of the Milky Way, looking for streams of stars in its halo (w/ Morrison).

Andrew Schechtman-Rook (’07) worked on studies of the Milky Way using the SDSSII SEGUE database (w/ Morrison), and is currently studying the formation of intracluster light in N-body simulations (w/ Mihos).

Stuart Robbins (’05) worked on the search for intra-group planetary nebulae in the nearby M81 group of galaxies (w/ Feldmeier).

Stephanie Bush (’04) studied how the evolution of tidal debris in mergers of galaxies depends on the properties of the galactic disks and dark matter halos (w/ Mihos). She also worked for a summer with Dr. Eric Wilcots at the University of Wisconsin studying the gas distribution around dwarf galaxies. 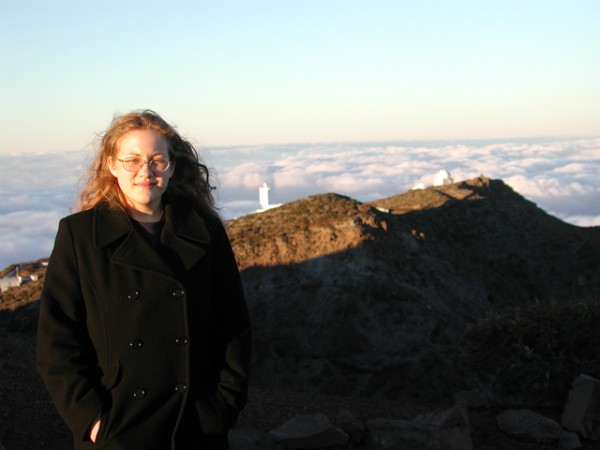 Bonnie Stayer (’04) has used photometric data to determine the ages of the globular clusters in the disk of M31 (w/ Morrison).

Steve Rodney (’03) has worked on imaging the intracluster light in galaxy clusters (w/ Morrison and Mihos).

Cameron McBride (’03) has worked on computational models of the formation of galaxy clusters and intracluster light. He also has worked on a variety of web-based educational projects, including the JavaLab (w/ Mihos)

Amanda Kepley (’02) has done research on the longitudinal dynamics of particle accelerators at Fermi National Accelerator Laboratory with Dr. Chandra Bhat and on far-infrared polarimeters at University of Chicago with Dr. Roger Hildebrand.

Jackie Monkiewicz (’98) worked on imaging the extremely faint light around nearby galaxies, in particular the stellar halo around the nearby galaxy NGC 5907 (w/ Morrison).